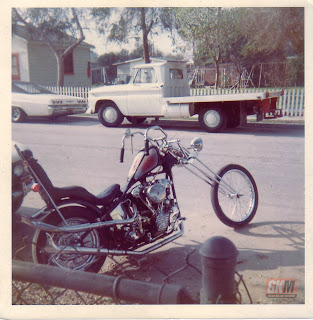 Don't know about you, but I am really enjoying Dr Sprocket's regular column in GKM. I haven't heard better first-hand tales of riding choppers in LA in the sixties and seventies.

In the next issue, the good Doctor relates the transformation of his $500 Knuck (mentioned in the current mag), including a makeover in the late sixties by none other than the legendary Tom Burke at B&O Cycles. As you can see, this incarnation was pretty radical, but look closely at the photo and you'll see the bike has been in an accident. Dr S was riding behind a drunk tow truck driver who swung a left across his path and whose hook caught the bike... I'll leave you to read the rest in issue 30, out December 1.

The old 'flattened fishtail', missed it by that much Chief. 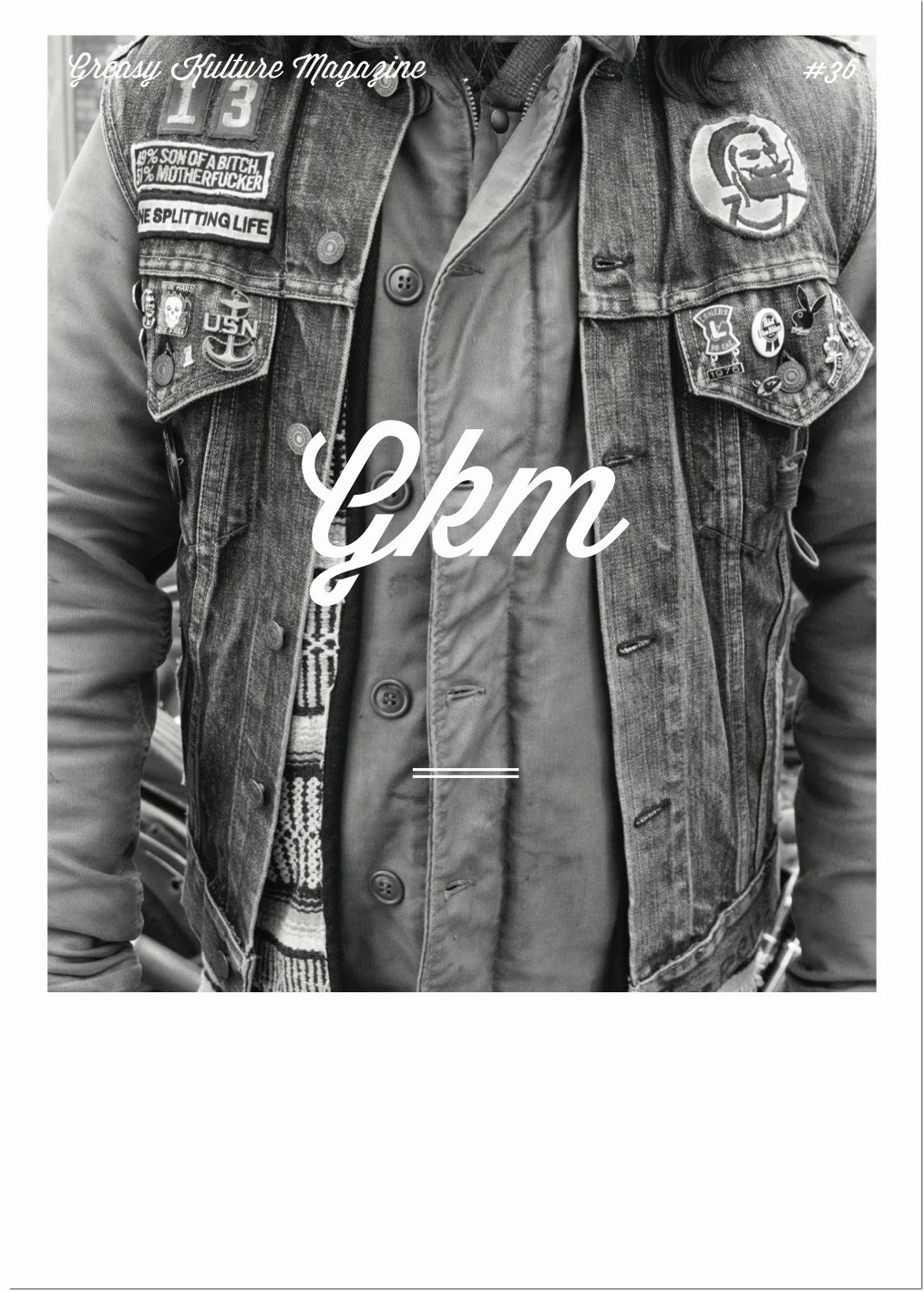 Click on photo to buy a gkm trucker cap

Get back to work, slacker!

Who's in da house? 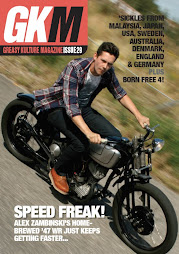 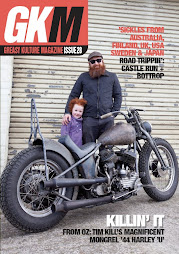 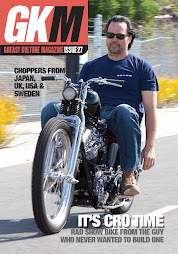 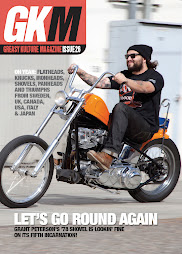 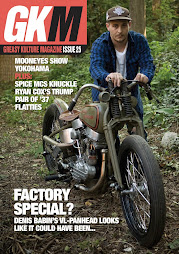 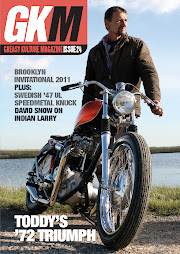 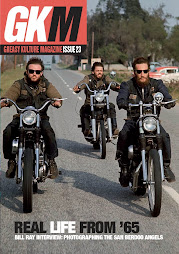 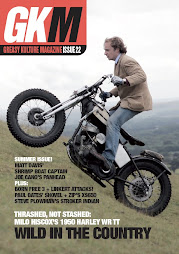 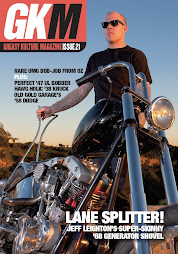 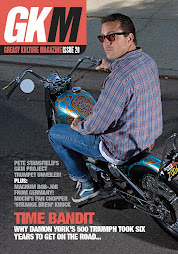 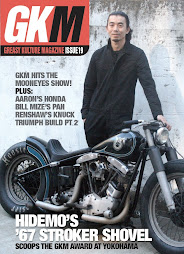 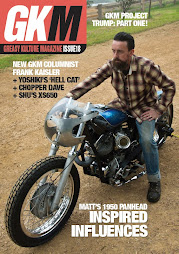 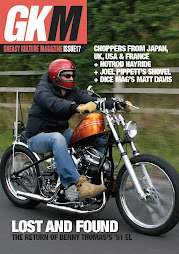 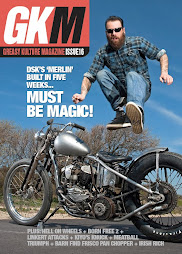 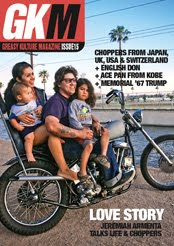 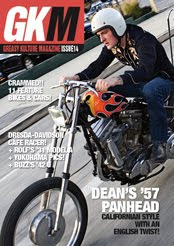 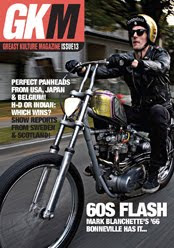 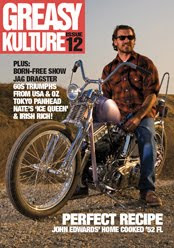 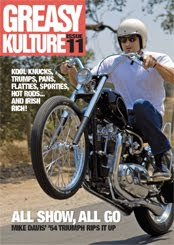 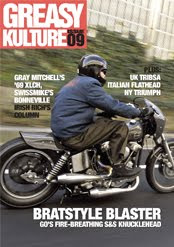 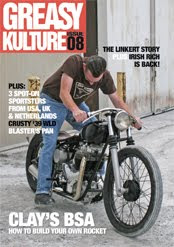 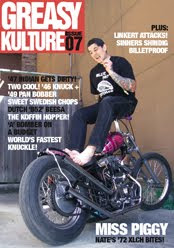 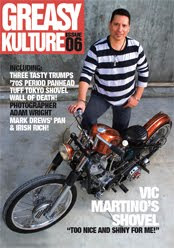 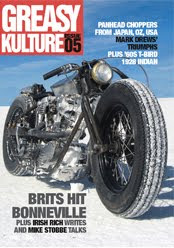 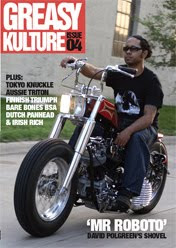 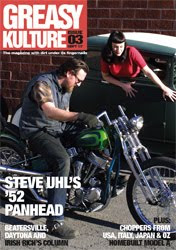